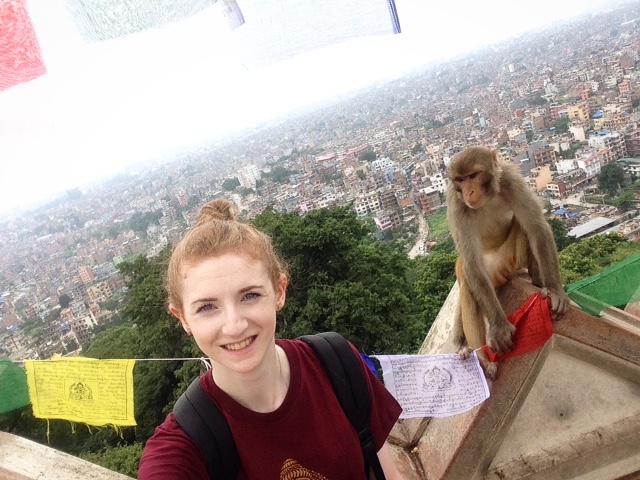 I can’t believe I am now in my final week at Anandaban! Four weeks has flown by! Last weekend I enjoyed three nights in a luxury hotel in Kathmandu, enjoying lots of sightseeing, souvenir shopping, and especially going out for a delicious pizza! (Really getting into Nepali culture there, but it was a lovely treat!) 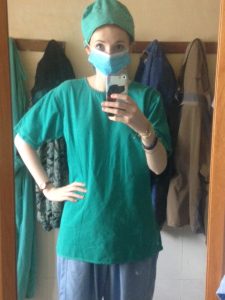 I then spent Monday in the operating theatre seeing a mix of leprosy surgery and trauma surgery. I first saw the correction of two ‘claw hands’, a consequence of leprosy that causes your fingers to permanently flex inwards so that you can’t straighten them – it was extremely interesting being able to see the inner anatomy of the hands, something I have only really seen in textbooks before. I then saw the repair of a broken ankle, fractured in three places requiring drilling and screws to be fitted. It made it very difficult when there was a power cut half way through and the majority of the lights and machinery turned off!

On Tuesday afternoon I joined the counsellor on the leprosy ward talking to patients with leprosy and hearing their stories – how long they’ve had leprosy, its physical effects, why they were in hospital, and how a diagnosis of leprosy has affected their families, work, and place in their community.

I met one lady who has had leprosy for four years and was currently in hospital being treated for a leprosy reaction. Three of her other family members also have leprosy but when she was diagnosed her husband divorced her and left her and their children for fear it was infectious.

I then met a nine year old boy, whose mum is also in hospital for leprosy complications. Usually quite a happy child, he was very upset because having leprosy means he is currently unable to go to school.

I then met a man in his fifties who was extremely worried about being discharged as he didn’t know where he would live. He said that his community hates him and avoids him because of having leprosy and his family now don’t talk to him. It was a very moving and quite upsetting afternoon, not something I will forget.

There was, however, some happy stories. I met one lady whose husband was visiting her at the time and she said that her community is afraid of leprosy, that it is contagious and a curse from god, but she isn’t scared of them and will face up to them with the help of her family! There was also a man who has had leprosy for 30 years and his family have stuck by him and his job was never affected.

I have had an incredible experience overall here during the past month and have learnt so much, not only about leprosy, but other health and social issues in Nepal, Nepali culture and beliefs, and also about myself! I am definitely a lot stronger than I thought! It has been a life changing experience I will never forget and I am incredibly grateful to everyone in Anandaban, The Leprosy Mission in Nepal and Scotland, and all of the others that have made this month so brilliant. I am sad to be leaving but excited to see what opportunities will come in future as a result of my time here. I definitely hope this won’t be my last visit to Nepal! 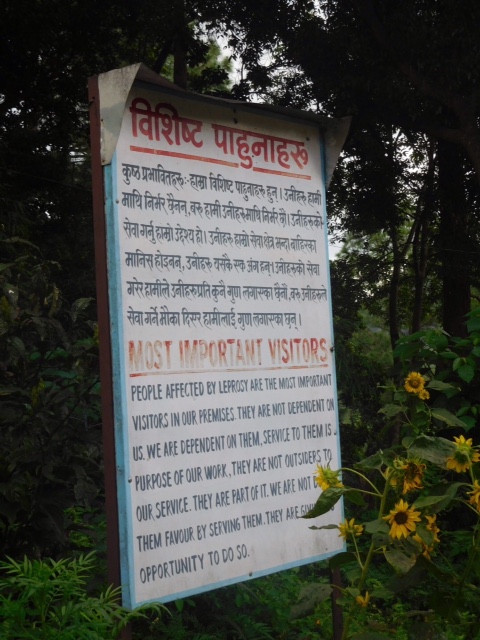