Come and hear what your loving kindness has achieved and how you are making leprosy a thing of the past.

Your caring commitment will be fuelled by our special guest speaker Mathias Duck, The Leprosy Mission’s Global Advocacy Manager, who will be joining us in person.

Come and meet fellow supporters, volunteers and members of staff.

Put the date in your diary and look forward to an inspiring day.

More details about other speakers will follow as they are confirmed.

We would love to see you there, it will be amazing to meet in person again.

Your prayers are being answered in so many ways, come an hear about how you are finishing something that Jesus started.

To ask any questions, or to let us know that you plan to join us, please get in touch or complete the form below 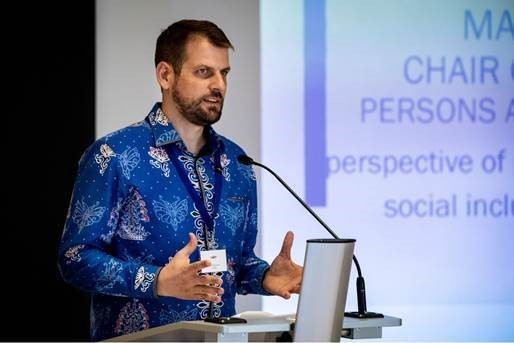 Mathias is The Leprosy Mission’s Global Advocacy Manager and a person affected by leprosy. He is personally and professionally committed to involving persons affected by leprosy in the fight against leprosy and its stigma. He is from Paraguay and his wife, Cynthia, is a nurse. They have been married for over 15 years and have three children.

Mathias was a Pastor/Chaplain at a reference hospital for leprosy in Paraguay from 2010 until 2015. In October 2010, he was diagnosed with leprosy and completed MDT. In the last few years he has focused more on improving leprosy services by raising the voice and the participation of people affected in decision making and in the delivery of services. In 2016 he was appointed Chair of ILEP’s Advisory Panel of persons affected by leprosy.

At The Leprosy Mission, Mathias is responsible for TLM’s global advocacy work, which includes our efforts to lift the voices of people who have experienced leprosy to the highest corridors of power, including the United Nations and national governments across the world.

Read All
Icons made by Dave Gandy from www.flaticon.com is licensed by CC 3.0 BY Opens in a new window
We use cookies on our website to give you the most relevant experience by remembering your preferences and repeat visits. By clicking “Accept”, you consent to the use of ALL the cookies. However you may visit Cookie Settings to provide a controlled consent.
Cookie settingsACCEPTREJECT
Manage consent