Home Blog Stuart in Bankura – A Home and Big Hopes

Stuart in Bankura – A Home and Big Hopes

After that long journey I was delighted to start the day, as always at Bankura, with the short devotions service in the little church in the grounds of the Snehalaya (the nearest translation is “mercy home”).

The staff from the Snehalaya and the Vocational Training Centre (VTC) were there along with the students in their uniforms – boys on one side of the aisle and girls on the other. A few of the Snehalaya residents are there, but they also have their own service in the Snehalaya itself a little later on so many don’t come the this one.

I only have just over two days here to try to see as much as possible of the impact that gifts and prayers from Scotland are having here.

The 33 Snehalaya residents are mainly elderly. Most have lived here for years, even decades, after they were thrown out of home, abandoned, or worse, because they contracted leprosy. The Snehalaya provides a safe place to live for them. Society has changed in many parts of India and I suspect that in at least some of their original home communities they would now be able to live quite safely. But to most, the idea of leaving would be simply terrifying and I doubt that many of them would be able to survive outside any more. 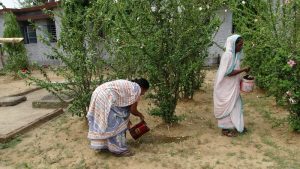 They do however love having visitors and with the help of a couple of interpreters they not only tell me their stories but also give me a tour of the vegetable and flower gardens which most play a part in tending. The vegetables (including onion, tomato, chilli, okra, pumpkin, gourd, mushroom and more) are used in the kitchens for both the Snehalaya and the VTC. The flowers, well like most gardens they’re just for enjoyment.

They are lovely, warm, welcoming people but, as much as I enjoy spending time here, they’re not really who I’ve come to see so after lunch (the first of many, many curries) we travel about half as mile up the road to the VTC where over the next day and a half I was blown away by the difference that you are helping to make in the lives of some amazing young people.

There isn’t time or space here to share all their details but I met student after student who are using the opportunity that they have here to give themselves the jumping off point for a better future that they could have ever hoped for. 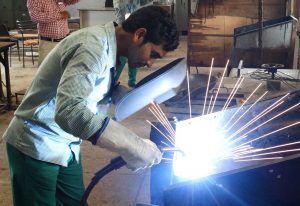 I met a boy who left school with no qualifications to work in the fields. Working outside with his top off someone saw the tell-tale patch of leprosy on his shoulder. Now that he is cured he is studying for a qualification in welding which has much greater potential for future security than farm labouring.

I met a disabled girl with the most amazing method for getting around with just a stick. With a tailoring qualification she will be able to get a job which isn’t impacted by her impairment. 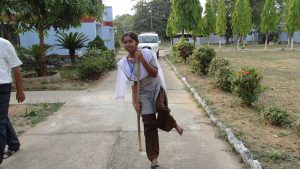 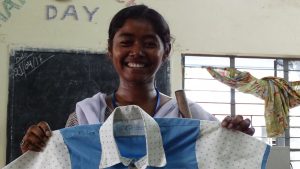 I met former students who now either run their own businesses employing their own staff or have worked their way up into positions of responsibility in big, household name companies. They are an inspiration to the current students and clear evidence of the value of this type of practical education to provide students affected by leprosy, disability and poverty a route to independence, security and dignity for the future. 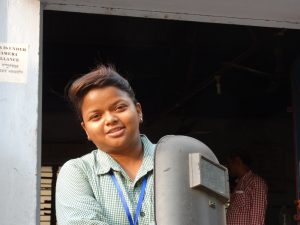 Of everyone I met at Bankura I will probably remember Sujata the longest. She is amazing. At 19 she is one of the first two girls ever admitted to study welding at the VTC. She speaks excellent English and told me that when she hear about the opportunity to apply to the VTC she wanted to do something “daring” and “unexpected”. To demonstrate that “girls can do anything boys can do”. She told me that she is both quicker and straighter than the boys and that she already has plans for how she would like to work overseas on big construction projects.

The students work incredibly hard but on Friday night we had a chance to let our hair down a little as they had organised a short talent show of singing, dancing and acting in my honour – they were brilliant at that too.

Two days wasn’t enough but I certainly came away with a deeper commitment than ever to support these amazing young people to overcome their circumstances and build better lives for themselves. 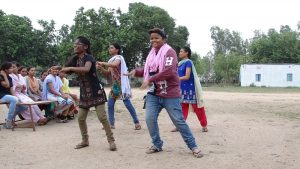