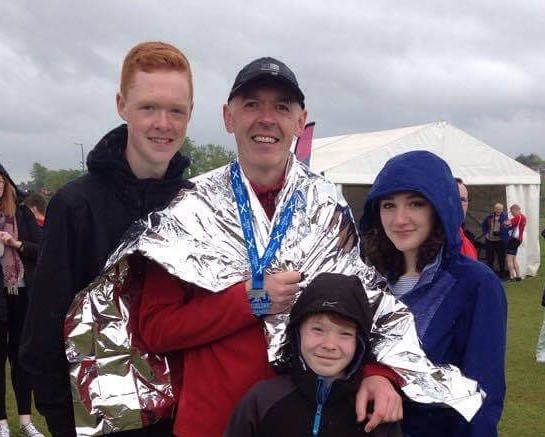 What an amazing experience!

After months of training, I lined up last Sunday with 6,500 other runners for the first every Stirling Marathon.  We started at the Blair Drummond Safari Park, where we could calm our nerves with the distraction of tigers and penguins!

Once we got going, I was amazed at the number of supporters who lined the route to cheer everybody on.

My marathon run was a story of two halves. The first half went to plan with a nice steady pace, but the second half was a massive struggle to drag myself to the finish as my hips began to ache after the first 2 hours. Knowing so many had donated to the Leprosy Mission in sponsorship certainly helped keep me going. I managed to complete the 26.2 miles in 4 hours 31 minutes.  This was slower than I’d hoped, but I now appreciate the huge effort required to run such a long way.

Many thanks for all your donations, and a big thanks also to the people of Stirling, Bridge of Allan, Dunblane, Doune and all roads in between, who lined the route with cheers, high fives, jelly babies and oranges!

When I finished I was so relieved that I could finally stop running, and immediately thought that I would never want to do that again, but 2 days on, with the pains in my legs gradually reducing, I’m warming to the idea that I could perhaps do better next year!