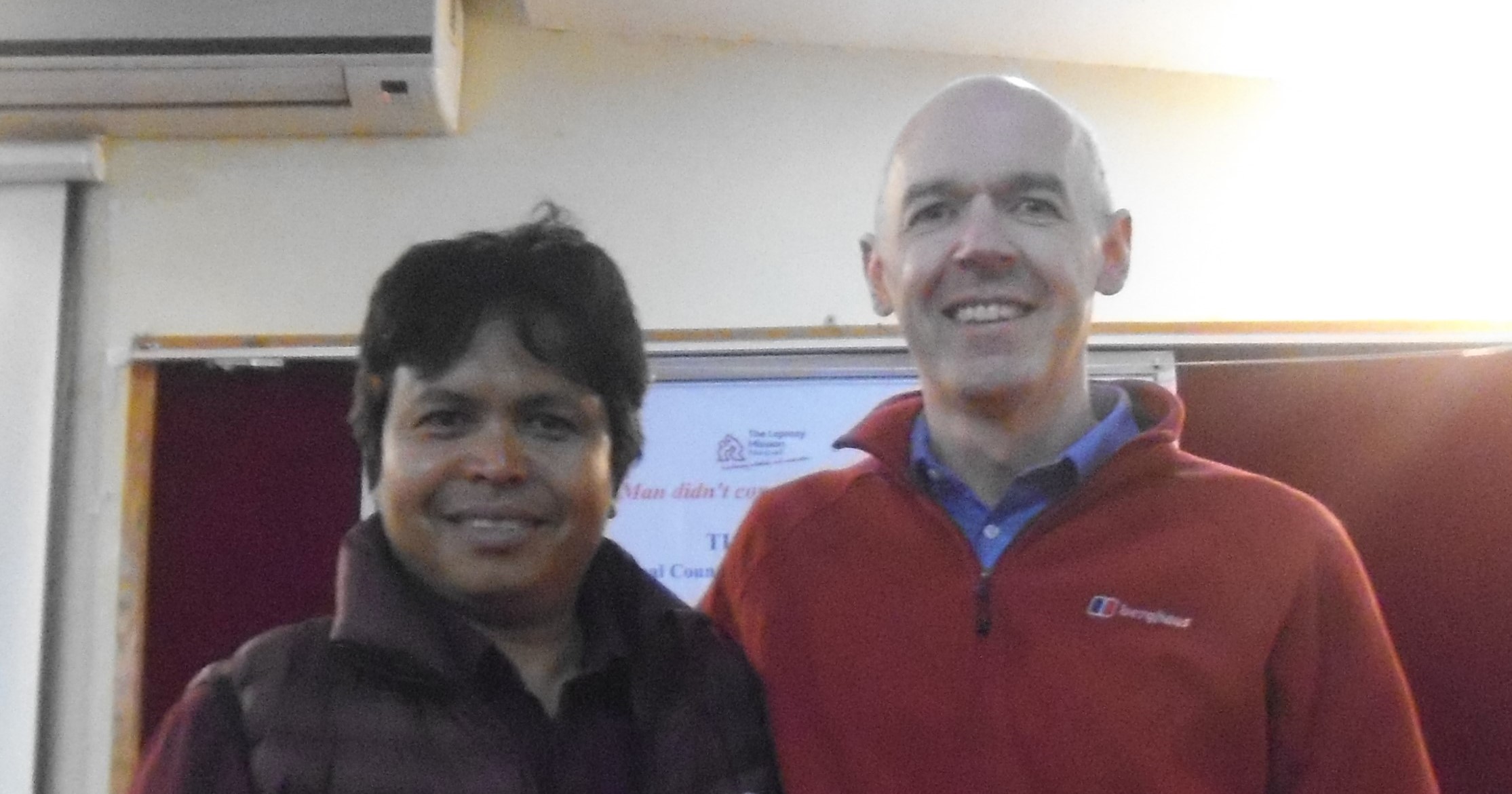 The days sessions were lead by Steven from India and started by encouraging us to ask WHY? we do what we do 6 times to dig into the real motives for our choices and actions. This may uncover uncomfortable answers but once clearly established this will drive the HOW? and WHAT? we do. The day was filled with great insight.  Too much to write in a short blog, but I finished the day encouraged to take risks, take ownership and have the confidence to lead where I want to see change. 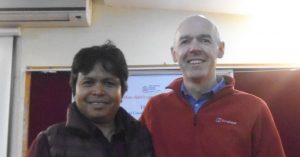 In the evening I spent time with Dhaka Ram Budha Magar, the Operations Manager at International Nepal Fellowship (INF).  TLM Scotland fund the INF Green Pastures project for Management of Neuritis, Reactions and Ulcers which meets the ongoing consequences experienced after leprosy itself has been cured.  The Green Pastures Hospital is about 200km west of Kathmandu, in Pokhara.  Dhaka Ram is one of the most enthusiastic people I’ve ever met!

Today (Wednesday) I had a great opportunity to meet TLM staff and see them at work.  Starting at the Leprosy Mission’s Patan Clinic in the heart of Kathmandu, I heard from Pradipa, Siijana and Rita Thapa who oversee three projects.  332 School Scholarships are distributed each year to enable children to attend school, targeted to reach students affected by leprosy as a first priority, these also support the dependant children of people affected by leprosy, the disabled and other marginalised children. These scholarships are of great value, enabling children to access high quality schooling from age 3 up to 18.

Siijana and Rita Thapa told me about Community Based Rehabilitation project and how they also oversee the reconstruction of homes following the earthquake of 2015. 7 homes have been completed with a further 23 under construction. Siijana talked about how she loves her work as she has a close relationship with beneficiaries, and can provide both emotional and economic support.  Rita Thapa is 26 and she recently started working with The Leprosy Mission Nepal.  With no one to support her, she is growing in confidence as she works to be an independent woman.  I was touched to see how the TLM Staff were clearly keen to build up and encourage Rita Thapa, something that reflects the heart of the organisation.

Each Wednesday at the Patan Clinic there is an open Leprosy Clinic, held by Dr Shah and a team of support staff.  Sitting in on his consultations highlighted to me the scale of leprosy work that is tackling the ongoing consequences of leprosy, rather than the initial diagnosis and cure. 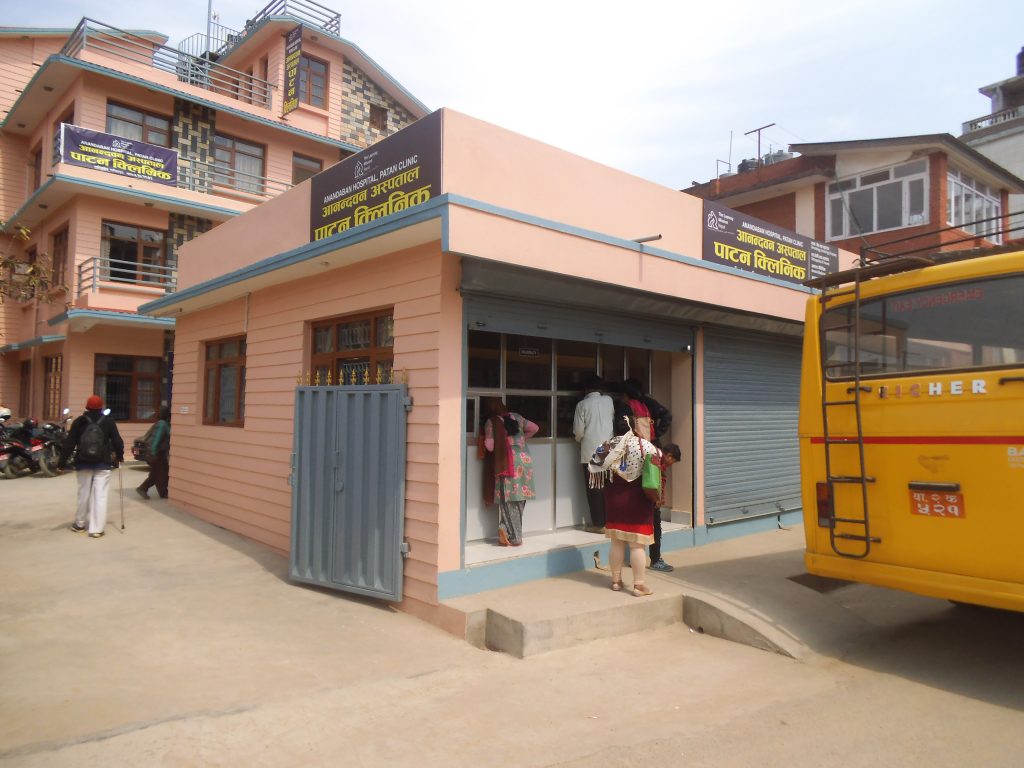 Dr Shah described how killing the leprosy bacteria is a relatively simple short process, but the residue of dead leprosy bacteria in the body leads to reaction symptoms in 50% of cases.  These reaction symptoms can range from skin irritations to widespread health issues impacting the liver or kidneys, causing fever and ill health that may require hospitalisation.  Patients with more severe reaction health issues can often lose employment, and face the challenge of mental health struggles as their general health is impacted over many years.  It can take up to 10 years to overcome these reaction symptoms.

After the Patan Leprosy Clinic I joined Pradipa and Rita Thapa again to visit a Self Help Group (SHG) in Gothatar, an area in Kathmandu.  The group meet in the Treasurer’s home and each member told me a little of how they have been helped and supported by The Leprosy Mission as they start income generation activities such as goat farming or candle making. The group clearly found emotional encouragement from one another, and each contributed into savings that are available to help the group members to try new income generating initiatives.

The SHG members also shared that the economic reality for everyone in the group is that even with the income generating activities, they struggle to support themselves. They pray that the mission can provide more support as their need is great. 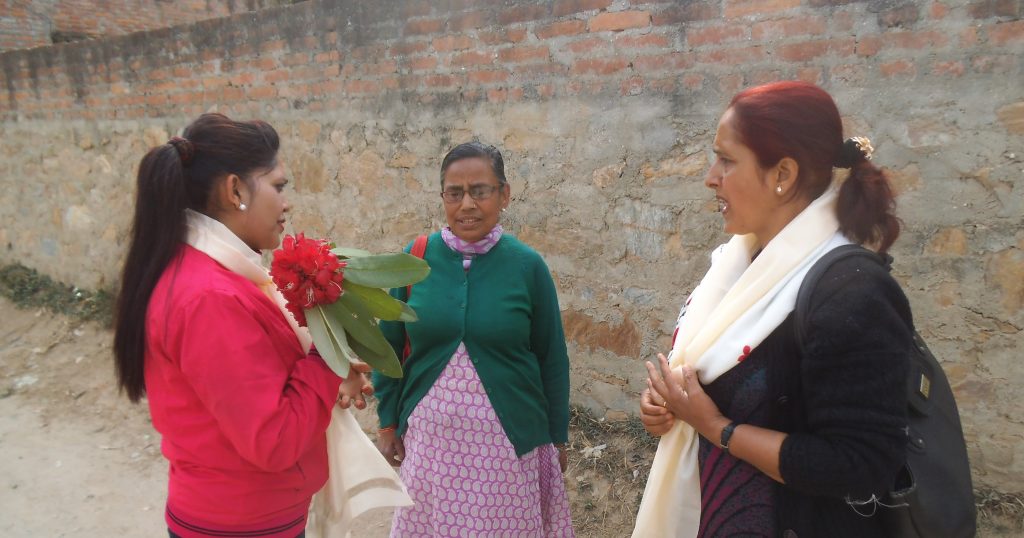 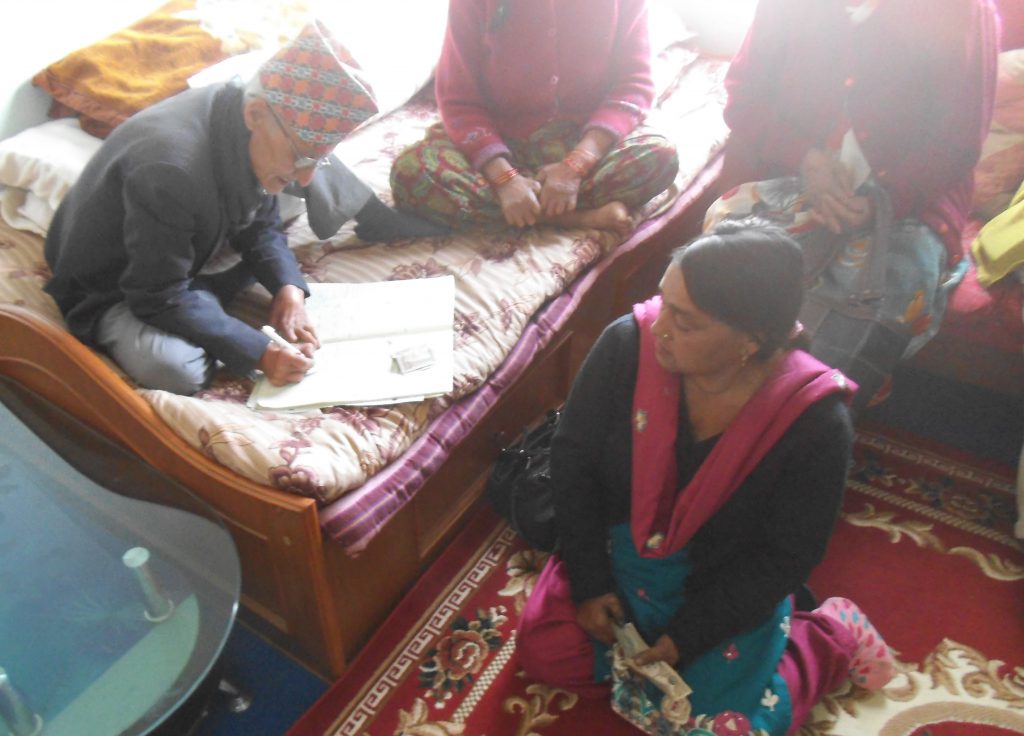 They brought home what I had seen all day; that the work to deal with the consequences of leprosy is huge, with the road to recovery often being long and painful and often featuring economic hardship and depression. Shovakhar was right when he said “we have a responsibility to eradicate the causes and consequences of leprosy”. I see that now, more than ever.